5 Reasons I’d Never Turn Straight Even if I Could

How often do you consciously think about your sexual orientation? The way I see it, the ultimate goal of any “coming out” journey for an LGBTQ individual is to reach the point where your sexual orientation or your gender expression isn’t forefront in your mind all day. Let me explain: I have a supportive family. I live in a city where I’m safe to hold my girlfriend’s hand in public. I’m surrounded by a queer community that validates me. At no point during the day do I ever think that my life is out of the ordinary – and I’m aware that that makes me incredibly lucky, because many LGBTQs are made to feel abnormal, out of place, or unsafe a lot (if not all) of the time.

Every so often I’ll have a flashback to the closeted anxiety of adolescence. I’ll be doing the washing up, or sitting pensively on my bed and I’ll remember what it used to feel like back when my internal world order was heteronormative. Back when I was worried “something might be wrong with me”.

Whenever I get a flashback like that I find myself smiling a little, because I know with absolute clarity that I am so thankful that I didn’t turn out straight.

1) Being queer gives you the opportunity to kick free from gender roles.

Maybe hyperfemininity is the ultimate expression of you. Maybe you’re a stud to the core. Feeling like you fit into pink or blue like a glove is all good, but in my personal experience, being gay has given me the opportunity to live in the in-between. And I don’t just mean being a woman who’s cut her hair short, wears androgynous outfits, or is interested in typically male pursuits. While there’s a big wide world of gender expression out there to explore and blur, I believe the most interesting way I get to live in the in-between is in my relationships.

There’s something magical about being queer in that we don’t come to a relationship with pre-prescribed roles – or at least, we don’t have to. There’s no script. The playing field between us is level. The age old “apron Vs. suit ‘n’ tie” dynamics don’t have to apply, and so I’m allowed to encompass it all. Slipping between spaces that have traditionally been labelled “boyfriend” or “girlfriend”, “husband” or “wife” feels seamless. Being queer gives me the chance to be whole.

That fluidity extends to the bedroom too. Since there’s no script for how our bodies should come together either, you could be a stone butch, a high femme, a tomboy or a chapstick lesbian, but once you’re in the sheets, there’s this wonderful freedom to swap and change and flow between energies. When it comes to sex, you’re free to be masculine, feminine, giver, taker, soft and hard.

Don’t get me wrong, there are countless straight relationships in which the partners occupy complex and nuanced roles, but the difference is, they had to fight against the tide of societal norms telling them how they ought to be in order to establish those nuances. No one taught LGBTQ people how we ought to be queer together, so there’s this exciting possibility of leaving all the codes behind, maybe even to live outside of the paradigm all together and just be people.

2) Queer people have license to be different.

We’ve already broken the mould once, so what’s stopping us from breaking it again and again?

While your average 21st century woman knows that, if she really wanted to, she could put pursuing her career before establishing a family, but the pressure on her to find a husband, have a baby and take maternity leave (even if it’s only internal pressure) is likely stronger than it is on her lesbian sister.

When you’re queer, you get to side step the narrative. If you’re lucky enough to live somewhere that protects your rights, then you get to opt into the norm by getting married, having kids, pets and a picket fence. That seems so much freer and easier than struggling to opt out of a life that’s already been decided for you.

Not to brag or anything, but we queers are an impressive bunch! From kings, to great thinkers, to artists, pioneers, writers and athletes, the LGBTQs have shaped civilization and culture as we know it. If being queer means being put in the same lineup as the likes of Leonardo Da Vinci, Frida Khalo, Sally Ride, James Baldwin, Caster Semenya, David Hockney, Marsha P. Johnson and Oscar Wilde, then I say, “YES, PLEASE!”

The extensive list of historical LGBTQ figures doesn’t just say, “We can contribute too,” it says, “Perhaps we can contribute something you can’t.” I would go so far as to say that we are not great despite our differences, but because of them…

4) Being queer makes you an outsider – and that is invaluable.

My aunt once told me that, “Being an outsider is a gift. It gives you perspective that people who belong deeply simply can’t access. Being gay puts you on the outside. Use it. I think you’ll find most creatives are outsiders in some way or another.”

Standing on the outside looking in can feel lonely at times, but as misfits and oddballs, LGBTQs have access to more life – or should I say more lives? By witnessing the ways in which others discriminate against you, sometimes in ways so subtle that they’re hard to describe, you can tap into your empathy and understanding of all minorities who experience similar discrimination, be they women, people of colour, transgender individuals, or anyone else that’s marginalised.

Exciting stuff happens on the margins; Theatre, performance, art, invention, and innovation happen on the margins. I don’t think it’s a coincidence that that’s precisely where we queers live. It’s from the outsider’s vantage point that we’re able to inspect norms dispassionately, and ask questions that others might not be able to. Is it any wonder that so many artists and creators are queer?

5) Being queer forces you to be the bigger person

Every day, queer people are brought face to face with ignorance, bigotry and threat – and yes, sometimes we need to stand up and be unapologetically angry, but more often than not, we don’t have the safety of numbers to protect us and we have to find ways to rise above the base behaviour to which we are subjected.

“Turning the other cheek” is primarily a self-preservation tactic. After all, showing any kind of resistance in an unfamiliar or disempowered context could be extremely dangerous. But what starts out as self-preservation, turns into something much greater – something dignified. There is grace in practicing patience as your documents are painstakingly checked by airport security simply because you’re trans. There’s grace in the stoicism it takes to keep staring out the bus window while a drunken man spits homophobic insults in your face. There is grace in being the bigger person when faced with another human’s shortcomings.

This grace is a testament to our deepest humanity and a gift to possess. 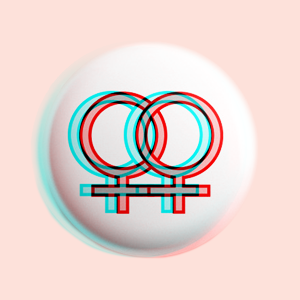 Published by: The LGBT Sentinel